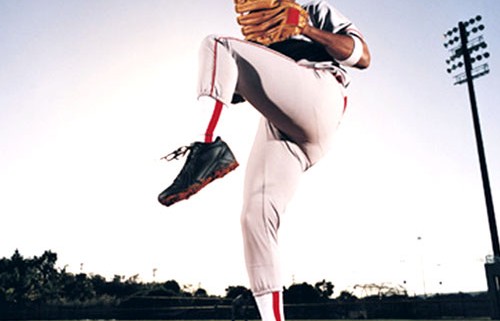 Baseball season is officially here. The Rockies home opener is today, and youth seasons at all levels are underway. Here in Colorado, there’s a lot of discussion about a new rule that will go into effect to protect high school pitchers in 2016 – a maximum pitch count rule.

CHSAA’s move is in line with The National Federation of High School Associations, who has had a general rule about protecting pitchers on their books for some time. Rule 6-1-6 says: “Each state association shall have a pitching restriction policy to afford pitchers a reasonable rest period between pitching appearances.”

But today, most high schools around the country apply a rule around innings, rather than pitch count. Original literature on the topic has shown the number of pitches thrown as the risk factor with the strongest correlation to injury with 5 percent of youth pitchers sustaining a career ending injury or an injury necessitating surgery within 10 years.

So why pitch count? And what benefit does rest bring? The number of pitches in an inning can vary widely, so pitch count is a much better indicator of workload and corresponding arm fatigue. When a pitcher makes the repeated high velocity motion of throwing off the mound, the ligaments and muscles in and around the shoulder, elbow and wrist can become damaged.

The first indications of injury are often minor including fatigue, soreness or more persistent pain, and the inability to maintain proper form and rhythm such as an upright trunk or, dropped elbow during pitching, or even increased time between pitches. Performance begins to suffer too; overworked pitchers often lose ball velocity and accuracy.

Proper rest allows muscles and joints to heal. Often, supra-physiologic loads are being placed on a developing joint during what has become a very competitive sporting atmosphere. Proper rest allows the soft tissues around that joint time to return to their normal resting state thus allowing a chance to not only heal, but in theory, to become stronger.

While Colorado is only the second state to adopt the pitch count rule, this is a topic being addressed at all levels of the game. Little League Baseball implemented pitch count limits in 2007, after seeing an increase in elbow and shoulder injuries. And just this past November, Major League Baseball and USA Baseball began working together on a program for youth players.

Seasoned baseball families here in Colorado may have number of questions about the new limits, including how it could impact smaller teams and competitive classes, and the question of who will enforce this new rule.

Its true that limiting players’ work levels over the course of several days could prove challenging for those without a deep bullpen, but injured players limit your depth in a much more damaging way. We also know that enforcement will never be perfect, and it looks like each team will have the responsibility to protect players using the new rule.

To a larger degree, it becomes the responsibility of those overseeing the players (i.e. adult coaches and parents) to acknowledge the fact that long term, irreversible damage can occur at a very young age. Taking steps to limit that damage should be their ultimate goal, and the majority of coaches, trainers, administrators and families know that this is what matters most.

“Keeping our young athletes healthy and avoiding overuse injuries is especially critical while their joints are still developing,” said Dr. Micah Worrell, Advanced Orthopedic upper extremity surgeon. “Major League Baseball has seen an substantial increase in the number of significant shoulder and elbow injuries, costing many promising players years of productive play and in some cases, their careers. The issue is that we now recognize that this isn’t a problem that starts in the big leagues and we need to address it at its core. We need to prevent young athletes from causing irreversible long-term damage.”

So what can youth players do now to protect their arms? “Coaches, parents and players don’t have to wait until next year to start applying guidelines that allow the arm to rest,” says Dr. Worrell. “Recommendations proposed by the American Sports Medicine Institute are readily available online and should be considered. In addition, for those clubs who are not already using some form of pitch count to determine player work loads, now is the time to start. The sooner a team or club can implement at least a minimum pitch count standard not only will the transition be easier, but it will pay dividends toward protecting their players in the future.”

Time to Shovel Again! 4 Tips to Protect Your Spine and Joints